Here I give few elements about dockers.

I have a Mac laptop and I often need a UNIX system to test my workflow (UNIX oriented). Most of time I connect to lxplus or my UBUNTU box, but for some fast test is convenient to run locally.

One way to achieve is using Docker. Dockers can be useful for cpython bindings like cpymad that are not so simple to be installed directly on Mac. In addition, it is a practical way to use some precooked installation from https://hub.docker.com and customize them at your needs. I also use it for JUAS and CAS, to share with the younger colleagues a predefined environment.

After having installed the Docker Desktop - that is your docker manager, you can download the last jupyter/scipy environment from https://hub.docker.com/r/jupyter/scipy-notebook just with the command 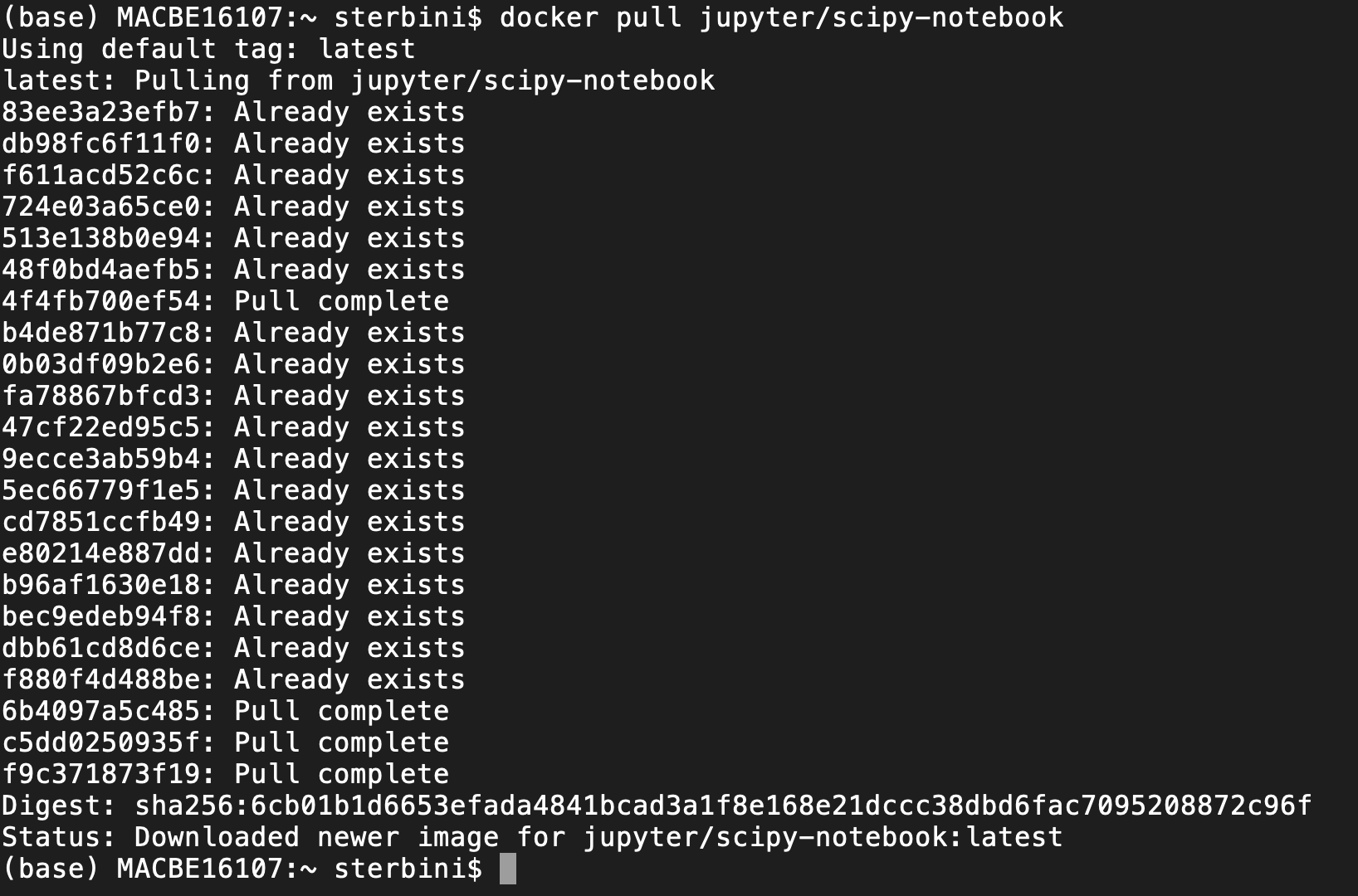 The first time you do that, it downloads the docker image locally. A docker image can be bulky (in this case ~1 GB) but you need to do that only once.

Then, you can run the docker with

This command will map the jupyter server to your localhost on port 8889. You can access it via the browser. Pay attention to select the correct port and token. In the last line of the terminal you have the standard port 8888 but, in the browser, you need to give the port mapping of port 8888 (8889 in this case). For this example you need to copy/edit/paste on the browser the address

In doing so you will access the docker jupyter on your browser. All documents you will create during the sessions will be lost. To maintain them in the local memory you can map the docker folder to your current terminal folder by (in this case I am showing also some other sweet customisation). Here we map the /home/jovyan/work to the current path (jovyan is the default user of Jupyter) and we launch jupyterlab instead of jupyter. The folder mapping allow you to see/use/handle your terminal pwd.

Let us assume that now we want to customise the image and install cpymad and pyHeadTail.

For that we have to prepare and input file using docker syntax (I will not explain it in the details but I think is quite self explanatory and easy to google, e.g. https://docs.docker.com/develop/develop-images/dockerfile_best-practices/).

And finally you can run it with

You can upload your image to DockerHub to share it with the community. Like for Gitlab, you need to be registered.

After registration on DockerHub, go to your terminal and do

and after that you will be asked for you credentials.

Then push your image on DockerHub by

So you will see it on your personal DockerHub page.

Now everyone can download it from DockerHub with the commands we already discussed before:

and run it with Please have a look to to see a summary of the docker functionalities (e.g., listing and removing the images on your pc).